Many of us turned to running as our primary source of physical activity when COVID-19 forced us to close gyms, yoga studios and other public and group-based exercise facilities.

This gave many the opportunity to experience the unique thrills of running such as:

ITBS is characterized as sharp pain on the outer aspect of the knee that occurs with movements where the knee is slightly bent, such as going down stairs. It usually presents after a large increase in training volume in a short period of time. ITBS is a poorly understood injury which can leave clinicians and patients frustrated. I would like to share with you 5 things you should know about ITBS and how you can prevent it in the 2021 running season.

1. What is the Iliotibial Band, and what does it do?

The iliotibial band (IT band) (FIGURE 1) is a thick piece of fascia which runs from the outer aspect of the hip to just below the outside of the knee. Fascia is a tissue found all over the body which functions to transmit forces produced by our muscles throughout the rest of the body. To learn more about the role of fascia, take a look at an article written by my colleague, Igal Untershats, on functional fascial techniques. 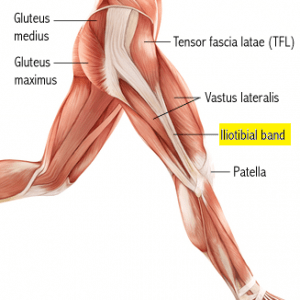 You can find the IT band by feeling the outside of your pelvis and running your fingers directly down the outer part of your thigh until you get to your knee. The IT band functions in a few ways:

2. What happens to the IT band when ITBS occurs?

Near the bottom of the outer thigh, the IT band runs over a projection of the femur (thigh bone) called the lateral epicondyle (FIGURE 2). This part of the IT band is highly innervated and is also subjected to very high levels of compression force when the knee bends to 30 degrees (FIGURE 3). In running, cycling and hiking, we are continually moving through this position. During every step we take when running and every pedal we make during cycling we are moving through this high compression zone.  If the relative amount of compression increases at a rapid pace, like it does with an increase in training volume, the highly innervated part of the IT band can become irritated and lead to pain.

(FIGURE 2: Lateral Epicondyle of the femur) 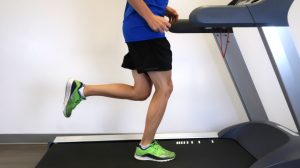 (FIGURE 3: The right knee is bent to 30 degrees flexion. In this position, the IT Band is under high loads near the knee)

3. Who is more likely to get ITBS?

In the case of runners, technique matters! If you run with your hips in an adducted position (closer to midline) you are more likely to experience ITBS as this places more strain on the IT band (FIGURE 4). This adducted position naturally occurs during downhill running as well as in runners who tend to run with a narrower running pattern.

(FIGURE 4: In picture “B” the hips are more adducted towards midline which places greater strain on the IT Band on the outside of the thigh)

4. What can be done to reduce ITBS pain?

There are a few things which can be done to alleviate ITBS pain:

(FIGURE 5: The Gluteus Medius muscle functions to stabilize the hip and to prevent excessive adduction in a single leg stance position)

If you are experiencing pain with running, seeing a physiotherapist or rehab specialist can help determine if ITBS is involved.  The diagnosis is key to your recovery.

A skilled therapist, with experience working with runners, can help guide you through training modifications, strengthening exercises, running pattern changes and more.

If you have knee pain and are unsure if it is ITBS or want to develop a training program to prevent this injury, please contact the Orthopaedic Therapy Clinic at (416) 925-4687 and schedule an assessment with Taylor Sipos, Registered Physiotherapist. You can also email Taylor directly at mailto:tsipos@orthophysio.com.

This service pro­vides gen­eral infor­ma­tion and dis­cus­sion about therapy, health and related sub­jects. It is not meant to replace advice and/or treatment from your health care professional.

Where Does It Hurt?

Use an illustration of the human body to point to where you are having any issues you would like to find out more about. 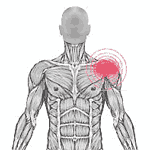 Explore some of our other articles.